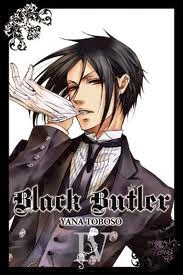 Goodreads Summary
London - the capital of the Great Empire - is once again under siege, as a string of bizarre attacks on British citizens returned from India sends rumours flying and casts a pall upon Queen Victoria's rule. Sent in by Her Majesty, young Earl Phantomhive and his most capable butler, Sebastian, follow a trail that collides head-on with an Indian youth who claims to be a prince. And this prince possesses an extraordinary butler of his own! As an intense rivalry between the two butlers begins to form, will the kitchen be the dueling duo's final battleground?! 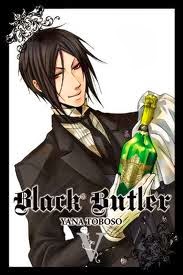 For an impeccable gentleman's butler like Sebastian Michaelis, the word "impossible" is just not in his vocabulary. Everything demanded of him under the English sun is well within his grasp. But do his talents extend to things under the scalding Indian sun?! As Harold West-Jeb's plan to use Agni, Prince Soma's superhuman butler, in a curry battle to win himself a Royal Warrant is exposed, Earl Ciel Phantomhive sets Sebastian to the task of creating an incomparable curry to defeat the despicable West-Jeb. But how can Ciel's devil of a butler possibly best Agni, the man with the Right Hand of God?!

Volume 4
This was another great volume in the series!! I loved it!! There are more murders in London and of course the Queen's hound-dog is sent to stop them. And the plot goes from there. This volume was really fast paced. You get caught up in the investigation and the characters, it was great!

Speaking of characters two new characters where introduced in this volume and they where so great to read!! I loved these characters and they brought more diversity into this volume they where just so fun to read. My favorite had to be Agni, because I loved how nice of a person he was and it was great to see Sebastian puzzled by that.

The best part of this was the flashback that gave us a glimpse into Ciel's past. We get to see a little bit of what happened when his parents died and how/why he went into a contract with Sebastian. That was great to read and really gave more depth to his character.

Overall I loved this volume, I think It's my favorite in the series so far just because of the new characters introduced. And this does leave on a slight cliffhanger. Nothing life or death, but just enough of one to make you eagerly want to read the next one.

This one starts off where the last one ended, Sebastian is trying to make the perfect curry. it was really fun to see Sebastian get better at cooking curry as the volume progressed. He would take his mistakes and his observations to make a better batch of it, then he'd make an even better batch, then an even better batch.It was just fun to read that cycle.

The plot was great to read, not the best out of the five volumes so far, but still great to read. Although I'm a little confused about Agni's involvement with the London murders, I know why he was involved I just don't fully know what he did.

The cool thing about this volume was how we got to see little tidbits of the servants life before this. Like how Finny never went outside before he became a servant to Ciel. Just little things like that that make you wonder about their pasts.

This was another enjoyable volume in this series and like the last volume it leaves in the slightest cliffhanger. Not a huge cliffhanger, but the kind that sets up for the next volume. So I really want to get my hands on the sixth volume.