September 10: Top Ten Books I Would Love To See As A Movie/TV Show (set in a perfect world...in which movies don't butcher the books we love.) -- originally done April 2011

This was really hard, because they're so many books that would be great to see as movies if movies didn't butcher books. So, I decided to pick series I would like to see, instead of just one book in the series. And sorry this post is really long, I just couldn't restesss putting all the covers up, they're just so pretty!! 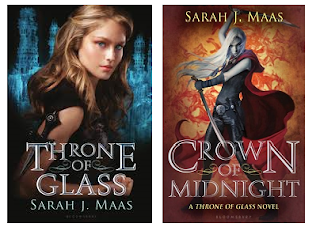 1. Throne of Glass series
I would just love it if this series had movies!! Especially if they where good movies! 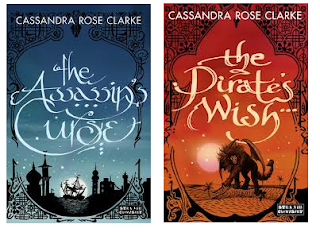 2. The assassin's Curse series
I would really be interested to see how a director portrayed this world. I would just love to see this world on the big screen!!

3. Shatter Me series
I would really be interested to see how they do the ability's, especially Juliette's. That would just be so cool! 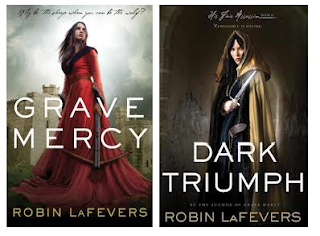 4. His Fair Assassin series by Robin LeFevers
I would just like to see this as a movie. I think it would be cool to see the world, the characters, and the writing come to life.

5. The Study Series by Maria V. Snyder
I would be really interested to see how they did the magic in this movie, especially since the magic is more based in your head than physically. If that made sense. 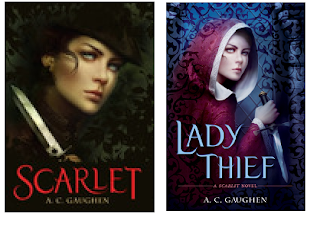 6. The Scarlet Series by A. C. Gaughen
I know they are so many movies about Robin Hood, but what's one more? I am addicted to anything and everything Robin Hood so I would eat this up if it become a movie. 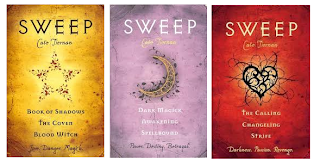 7. Sweep series.
Actually I think this would make a good TV series instead of a movie. I think the formatting would fit it more, but It's the same thing, right?

8. Hex Hall series
If these books every get turned into Movies the producers better keep the humor in them. These would be the perfect movies for a rainy day or when you need a laugh.

9. Angelfire series
These fight scenes would like freaking awesome with special affects. I would love to see that!!! 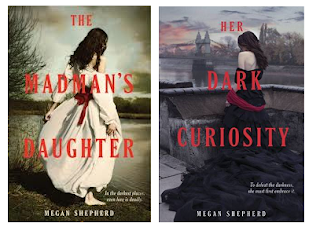 10. The Madman's Daughter
I know I didn't really love this book, but it would be really cool to see how they do the island. And again special affects would look awesome on these monsters.