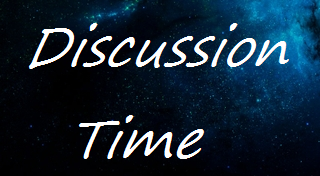 I was just reading a book and I was almost finished with it, when there was a reference about the one of the characters having an accent. And I was taken back, because I remember reading in the beginning that the author said that this character had an accent, but it completely slipped my mind.

So that made me wonder, do you ever read in accents?

For me it's a big fat No. I almost never read a character's dialogue in their accent. The only times that I have is when the author takes the time to make the character sound like they have an accent. Like if they're British and the author incorporates British slang into their dialogue than I read it in a British accent. But if the author doesn't do that (which they almost never do) than I don't read it in their accent. And this disappoints me, because I feel like a character's accent helps make them more real and give them more depth. And so I don't like it when I get to the end of the book and suddenly I remember that they're suppose to have an accent.

Email ThisBlogThis!Share to TwitterShare to FacebookShare to Pinterest
Labels: Discussion