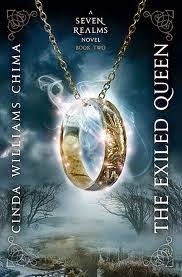 Haunted by the loss of his mother and sister, Han Alister journeys south to begin his schooling at Mystwerk House in Oden’s Ford. But leaving the Fells doesn’t mean that danger isn't far behind. Han is hunted every step of the way by the Bayars, a powerful wizarding family set on reclaiming the amulet Han stole from them. And Mystwerk House has dangers of its own. There, Han meets Crow, a mysterious wizard who agrees to tutor Han in the darker parts of sorcery—but the bargain they make is one Han may regret.
Meanwhile, Princess Raisa ana’Marianna runs from a forced marriage in the Fells, accompanied by her friend Amon and his triple of cadets. Now, the safest place for Raisa is Wein House, the military academy at Oden's Ford. If Raisa can pass as a regular student, Wein House will offer both sanctuary and the education Raisa needs to succeed as the next Gray Wolf queen.
Everything changes when Han and Raisa’s paths cross, in this epic tale of uncertain friendships, cut-throat politics, and the irresistible power of attraction.

I started this one right after reading the Demon king because I am in love with this world and this story! This book was even better then The Demon King!! I loved it! The plot got more layered, the characters got more depth, and the world got even more world-building added on. It. Was. Amazing!! There were a couple of minor issues I had with it but they pale in comparison to the pros of this book.

This story starts out right where The Demon King left off, Raisa is going to Oden's Ford for training and safety and Han is also going to Oden's Ford for wizard training. I loved how these two stories were going in basically the same direction but yet never smashed into each other. This made you read even faster in anticipation to see when Han and Raisa met again. Again I will comment on how I love books with multiple stories coinciding with one another and coming together.

The plot in this book was just so good!! There was just so much layers to it and it got even more layers in this book, it was just so great to read!! I loved how everything was connected, in ways you understood and sometimes in ways you didn't, you just knew that it was connected. I loved the politics we got from The Fells and Raisa's place in it and Han's life slowly spiraling out of his control. It was just so addicting to read!!! And again this plot was so well written, this author has a gift of writing complicated plots.

In this book we get to see even more of the world, we get to see what it looks like outside of the Fells and I loved that. It made the world seem even more real and developed! We also got more information about magic and wizardry and I love any form of magic so this was really entertaining for me to read.

The characters were also better in this book. They got even more depth and they grew so much more. Raisa is now so much more stronger and smarter, I can't wait to see her in all of her pissed-off princess glory. Although Han I think got stupider. He used to be full of street smarts and all that but I felt he was a little to trusting for himself in this book. He wasn't once suspicious of Crow and he never really thought he was being played, really Han, really? But all that aside I still felt really disconnected to the characters. When Raisa was having her heart broke by Amon and they were in that tragic situation I didn't feel devastated, at all.  I felt a little bit of sadness from that, but not an overwhelming feelings or even an usual amount of emotion. This was just disappointing.

The other little problem I had with this book was the length. I know this is a longer book, it's roughly 600 pages. However, when you sit down and read it, it doesn't feel that long. I was really busy when I read this, I had a lot going on and so that contributed to how long I was reading this. After things settled down in my life my speed picked up and I finished the last half in two days. So, even though its long it doesn't feel that long because of it's fast pace it does if you have a lot going in your life. Be warned about that.

Overall, I thought this was an amazing sequel and a great continuation to this series! The plot was so good, I devoured  it, and the world got even better and more fleshed out, even the character got better, though I still felt disconnected. I am in love with this story and I can't wait to continue on and see what happens to Raisa, Han, and the Fells!!!


4.5 Butterflies﻿
Beautiful, this is a great book that I loved!!!