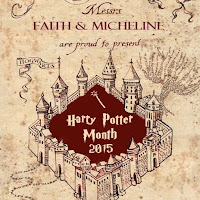 I wanted to talk about my top favorite Harry Potter characters and I've written and rewritten this post many times because I don't feel like I did any of the characters justice, but if I keep this up Harry Potter month will be over. 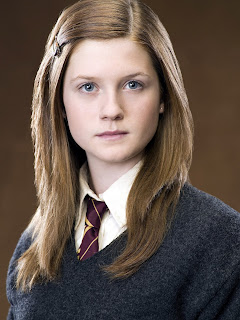 Ginny Weasley is one of my all time favorite character in the Harry Potter series! I like to be clear that I mean book Ginny, not movie Ginny. Ginny is such a kickass character! In the Order of the Pheonix she blew up a freaking Death Eater! And in the Half-Blood Prince she got into Slughorn's club by perfectly executing a complicated hex! Hell yeah, she is a kick ass character. Not to mention her importance in the last book and Dumbledore's Army. I feel like her character is often forgotten about and looked over because of how the movies butchered her character.

I shipped her and Harry so much because their relationship had depth and meaning. I love how she moved past her crush on Harry and was able to become one of his friends. She became the fourth member of their group and it was so great! It brought depth to her character and her relationships with Harry, Ron, and Hermione. I fell in love with the scene where she talks to Harry about her time being possessed by Tom Riddle in the Chamber of Secrets and assured him he wasn't being possessed as well. It was so sweet and it brought both her and Harry together. 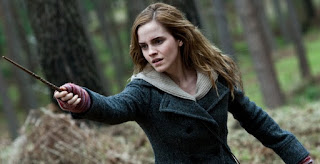 This has been said so many times before and I don't want to sound like a broken record, but I love how Hermione was a strong female character that was also girly. So many times in books the main female character is either a ditzy girly-girl or a kick-butt tom-boy; there is almost never anyone in-between except Hermione. She liked dressing up and being acknowledged as a gorgeous woman in Goblet of Fire, but she was still someone you didn't want to cross. She was a kick-ass female heroine who liked to go shopping and I loved that!

I also loved her relationships with everyone. Her and Ron was so cute together and I loved how they always bickered with each other. The other reason I shipped them together so much is because I loved her friendship with Harry. Another way Hermione differed from the norm was that she had a friendship with a male character that did not turn into a romantic relationship. Not every guy you met will fall in love you or vice versa; most times you end up becoming really good friends and have a great friendship. I just really appreciated her friendship with Harry, especially in the last book when Ron was gone. 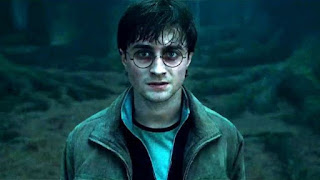 Something that I find strange is that for being the main character Harry is rarely people's favorite character and he often gets a lot of hate. Most of the time a main character is often revered by the readers as some godlike creature who can do no wrong, but not with Harry. It's weird.

Harry is such a great character because he is not only brave, but loyal and will do anything to save the people he cares about. Heck, he sacrificed himself to Voldemort to save everyone at Hogwarts. He went up against one of the most powerful dark wizards ever, knowing he was going to die, but doing it none the less because there was a chance it would save his friends. That takes a huge amount of bravery and guts and I admire the hell out of him because of that. Not a lot of people would be able to that, fictional or real.


I am also amazed by how nice of a person he was. He lived in the Dursley house for years, wanting their love but only getting abuse and hatred. He could have easily let that turn him into a bitter person, hating the world and the people in it, but he didn't. Instead, he got stronger and he allowed his heart to grow, especially when he met Hermione and Ron. Harry has such a big heart against all odds and I love that about him. He even forgave Voldemort in the end, something that even Dumbledore was amazed at.

I also respect his character a lot because he had so much depth and he. had. flaws. He was the hero, but he was often selfish, caught up in his own troubles, and not the brightest bulb on the tree. In The Prisoner of Azkaban when Ron and Hermione got into the fight, Harry stuck with Ron, yes, but in the progress he forgot about Hagrid and Buckbeek. That showed us the readers that he isn't always selfless. When he gets the wrapped broomstick that still looks like a freaking broomstick from Professor McGonagall he's like "What's this?" (That is a broomstick Harry, not a car). I really appreciated this because it made him seem like an actual human being. 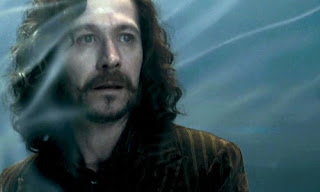 Sirius Black is one of my all time favorite character ever, not just in Harry Potter. He is not only incredibly loyal, but he also smart and not afraid to be who he was. I think I truly fell in love with Sirius when we learned about his past and his family. The fact that his family was the stuck-up pure-blood family that looked down on everyone else really added to his character. I always admired how he accepted the fact that he wasn't like his family, that he didn't judge people based on family heritage  nor did he look down on mudbloods. And how his family ridiculed him and shunned him because he was placed in Gryffindor instead of Slytherin made me feel for his character. I always find it amazing that even though his family tried again and again to mold him into the person they wanted him to be he still managed to stick up for himself and be himself.

Yes, when he was younger he was very rash and stubborn, but that was just who he was. Over the years he did mellow out and became less obnoxious, but he still had his fire and he wasn't afraid to go into a dangerous situation for a good cause. For Pete's sake, he was willing (and smart enough) to become an Animagus for Lupin and constantly put himself in a dangerous situation every month to help protect Lupin from his actions. If that isn't loyalty I don't know what it. Also, his willingness to go head first in a possibly dangerous situation came in handy when he joined The Order.

Who are your favorite Harry Potter characters?
Happy reading!