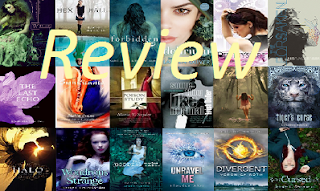 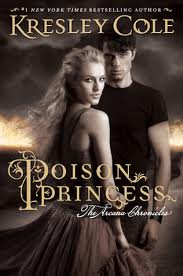 She could save the world—or destroy it.

Sixteen year old Evangeline “Evie” Greene leads a charmed life, until she begins experiencing horrifying hallucinations. When an apocalyptic event decimates her Louisiana hometown, Evie realizes her hallucinations were actually visions of the future—and they’re still happening. Fighting for her life and desperate for answers, she must turn to her wrong-side-of-the-bayou classmate: Jack Deveaux.

But she can’t do either alone.

With his mile-long rap sheet, wicked grin, and bad attitude, Jack is like no boy Evie has ever known. Even though he once scorned her and everything she represented, he agrees to protect Evie on her quest. She knows she can’t totally depend on Jack. If he ever cast that wicked grin her way, could she possibly resist him?

Who can Evie trust?

As Jack and Evie race to find the source of her visions, they meet others who have gotten the same call. An ancient prophesy is being played out, and Evie is not the only one with special powers. A group of twenty-two teens has been chosen to reenact the ultimate battle between good and evil. But it’s not always clear who is on which side….

This book was amazing!! Everything about this book was great, the plot was so unique and great, the characters where wonderful (even though Evie got a little annoying here and there) and the writing was awe inspiring.
The plot was fast paced and had a lot of suspense. I never got bored when I was reading it this book, not one time, because there was always something going on, from people trying to kill Evie and Jack, to Evie trying to find out more of what is happening with the tarot cards. I can't wait for the second one, because this book set up a lot for the second book and this book's ending left me with so many questions.
The only problem I had with the plot was before the apocalyptic event (or the Flash). Evie was in high school and she had all these problems and it was weird, because as I was reading that part, I could see what would have happened if the Flash never did. It would have been like a lot of other books; girl struggling with this paranormal ability, meets hot guy, girl and hot guy start to like each other, guy finds out about her ability, guy helps her to find out why she has that ability and they fall in love. So, that was really weird to read and I don't know why that happened, maybe because the whole apocalyptic event thing felt a little out of place with the setting and the main character, but towards the middle and end that went away and I was glad the author put it in the book, because it added a lot more to the plot.
The characters in this book are really great; I loved them all, even the supporting characters. Evie was a really great character, but right after the flash she felt out of place to me, maybe because she didn't know anything about how to survive. After a while that went away, because she slowly turned from spoiled princess to a girl that can survive on her own. Great character development there. However, in the beginning Evie got a little annoying with her naiveness, but you can't blame her.

Now Jack was a great character and what I loved most about him was how he always felt protective over Evie. Even when she got annoying he was always protecting her, it was really sweet to read. Don't get me wrong, he is the ultimate bad boy, just a protective bad boy.
Here's a question to everyone who already read this book, am I the only one who was disappointed at Jack for what he did in the way end????? When I read it I was so shocked because I didn't think he would do that!! I had to read that part three times for it to click in my mind that he really did it.
The relationship between Evie and Jack is one of the best I have read. There constant push and pull attitude they had for each other and their constant bickering that would turn into a sweet moment. It was really great to read.

Overall, this is a great book and first book in a series. The ending left me stunned and I can't wait for the second one. This book had everything suspense, mystery, a really great romance, phenomenal writing, great characters, and one of the most unique plots I have read. If you are looking for a good book to read, read this book because it is great.

That is my review, I hope you liked it.
Happy reading.